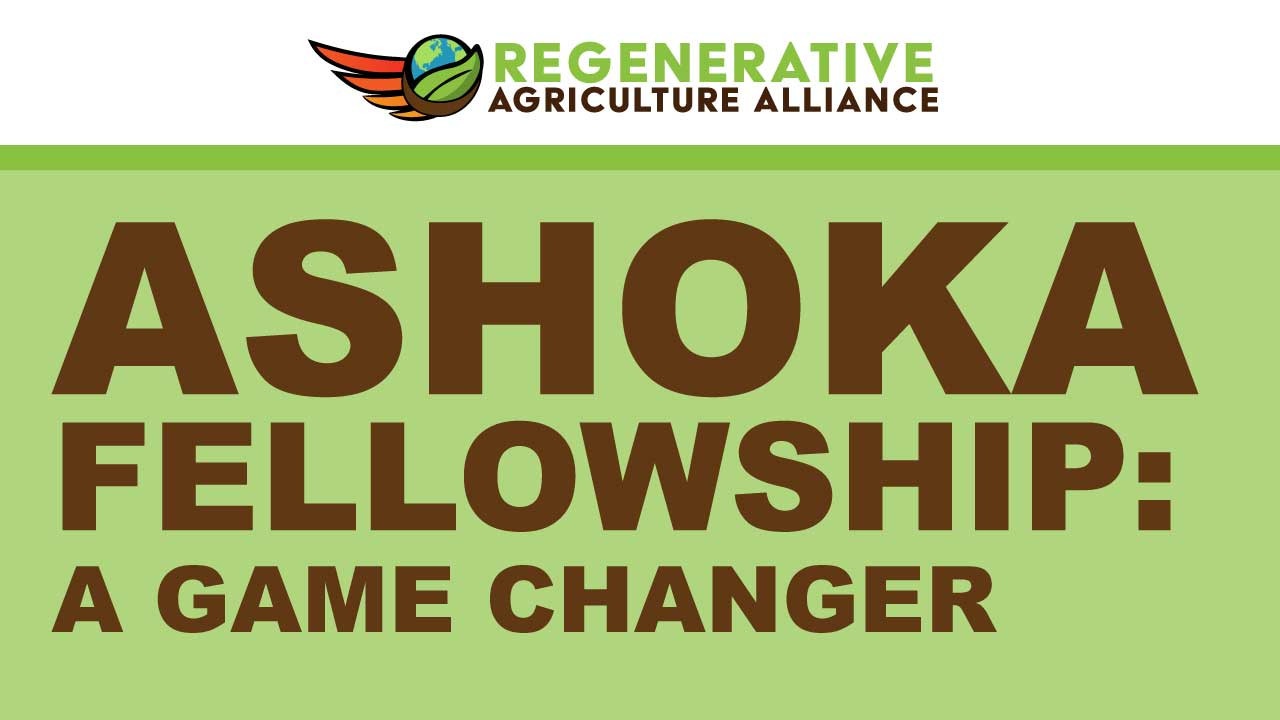 In September of 2018, I was selected as a lifetime Ashoka Fellow as part of the US 2018 cohort. I had been through the process before but had not made the cut, so I was ready to just move on with my work if this did not come through. Those who have understood what I sought to achieve from the start and who stuck with that original version knew that this fellowship would be a game-changer for me. Nick Tilsen, another Ashoka Fellow selected before me, had scheduled a call which he had reconfirmed a few times. I was surprised about his insistence, but he kept the background hidden and secured. My daughter had decided to take a semester abroad and I also had work to do with the Via Organica in San Miguel de Allende in Mexico, then I went to help her move into her apartment where she would attend the Universidad Autonoma de San Luis Potosi. I had barely hugged Nicktae goodbye when Nick Tilsen’s call came in. I quickly got into the Uber car headed to the airport, between bumps, poor signal, and half-frozen zoom images, we cheered and clapped as they announced my #ashoka fellowship. Needless to say, that has been one of the most unique and best days in my recent life history.

My work with regenerative poultry systems started when I was a teen attending 7th grade middle school in the town of Poptun, Peten in Guatemala. Part of our curriculum included “agropecuaria” a course dedicated to learning the basics about conventional agriculture, soil fertility, row crops, and other things kids like me living off the forest and practicing “backward” farming needed to learn. Asides from having to grow a variety of vegetable crops, we had to raise meat broilers. Every step of the way we were guided through a “how-to” process that included seeds selection from the store, fertilizers, weed killers, etc. For the chickens, the professor placed an order from the industrial hatcheries in the capital and when the chickens arrived we all took our allotment home to be raised according to the methods we were being taught. I was very happy to be learning “real farming” of course, but I was still going to school barefoot, and simply did not have the resources to purchase all of the stuff. On the other hand, I was also already selling herbs, tomatoes, and peppers at the town’s market which allowed me to support my mother who struggled daily to purchase the stuff we could not grow on our “backward” farm. I was eager to learn these “better” ways and if I had the resources I would probably have tried them, but I did not.

In our “backward” farm, at that time we were growing mostly perennial crops with only three annuals (corn, black beans, and squash) we grew squash to eat but it did not last fresh, so we mostly focused on harvesting the seeds which we would dry, roast and grind to produce a delicious food seasoning applicable to almost any meal plus made the squash harvest a lot more valuable economically. The rest of the farm was planted with pineapples, avocados, multiple kinds of bananas, tangerines, oranges and limes, pacayas, shade coffee, sugar cane, platanos, a diversity of perennial root vegetables, and much more. Even though it took a few years to get established, at that point we were harvesting sufficient food for the whole family (13 kids) and had started to market the excess production, all within around 20 acres. On top of the cultivated harvest, the fruits of the farm fed and attracted wild animals which flocked to our piece of heaven and gave us access to wild game to supplemented our diet, including wild chickens (Ortalis), tepescuintles (Cuniculus paca), and sereques (Dasyprocta punctata) among other abundant and prolific wild game.

The key to understanding my situation is to realize that all of that production required no chemical or off-the-farm inputs, only our labor and careful management of mostly the harvest, all of the organic matter regenerated and unincorporated into the farm system, and replanting. Weed pressure, pests, and disease were almost non-existent and some sporadic handwork was sufficient to keep the perennial systems going. One avocado tree had developed a disease that caused black spots that oozed black exudations. We watched the problem, but it never either spread or fully killed the tree, so we did not see the need to do anything about it. Eventually, we cut the tree carefully and burned it. The rest of the farm was just fine on its own for decades after I left to go to the highlands and study to prepare for the admission test for the agriculture school.

I did grow all of the vegetables we were instructed to and had them inspected with a good grade, and my biggest chicken won the contest for the heaviest bird. What I never told the teacher was that I never fed my chicken store-bought feed nor did I apply anything other than cow and chicken manure to my garden, if they had evaluated me on the use of inputs and techniques, I would have failed, luckily the teacher just saw the results.

The irony of all of this is that I was eager to and committed to going to agriculture school despite having full knowledge and plenty of actual day-to-day evidence that the system we were being thought not only underperformed the “backward” system we already had in place but it would reduce our return on investment through the dependency on inputs we did not need and reducing our farm output. A net negative result by multiple levels of magnitude. Still, how we farmed was not sophisticated, smart, or modern, something backward we were supposed to and demanded to be ashamed of in order to "belong", to be "validated" by the "scientifically proven" system the dominant ruling class was bringing into our area. There was an allure that came from being recognized and being visible, respected, and employable that came from graduating from the school of agriculture. As a12 years old, delivering my chicken to be weighted, I secretly kept my own experience to myself so I could keep going in what I understood to be "forward" back then. I am honored and thankful for having had adults in my life that saw the fakeness, fallacy, and emptiness of those promises the extractive and colonizing systems coming on to us hid behind. I would have ended in a whole different place otherwise and probably would be one of those "born again" regenerative/sustainable/organic farmers who have become famous from having wrecked the earth and having realized it once they ran out of choices and ideas as they got to the end of the rope, but that is a story for another day. In my book “In the Shadow of Green Man” I go into more detail about these life experiences for those interested in more background.

Fast forward to three decades later, I had been reincorporating the original indigenous wisdom and ways of knowing and being combined with university acquired knowledge into a regenerative poultry production model design here in Minnesota (read my book if you want to fill the gaps in the story). I had spent many years spinning my wheels trying to figure out how to move the model into a system-level infrastructure where it could be expressed and deployed to the full potential it was designed for.

Being stuck and spinning in place is a mentally and physically devastating situation for an entrepreneur like me we thrive on advancing, not on being comfortable and secure. The Ashoka Fellowship provided critical support designed to put traction under an idea and vision like mine. First, it provided a stipend that liberated me as a fellow to pursue the dream, second, it provided incredible support and processes to refine the idea within a system-level framework rather than within a project-based structural and mental limitation, and finally, it opened up the doors to resources and provided validation critical to introducing the idea at new levels.

The Ashoka Fellowship allowed me to step back and rethink my personal and family strategy as well as the organizational and institutional strategy. The end result of this is the founding of the Regenerative Agriculture Alliance, and the structuring of a whole ecosystem that together forms the national, regional, and local institutional capacity to move the main dream forward. With the whole system design in place, we are now focused on structuring regional programs to prototype the regenerative poultry system first within the tri-state region of MN, IA, and WI border region and then in other strategic areas in the Midwest, East, and West Coasts.

As an #ashoka fellow, I get to cooperate with a national and global network of talented individuals. A recent conversation with Pip Wheaton, country director of Ashoka UK turned into a #forbes article that landed in the piece linked below. I hope it changes a few minds, generates new conversations, increases momentum for #regenerativeagriculture, consumer awareness, and more investments in regenerative agriculture. At the RAA we are focused on #regenerativepoultry and making it the norm in the US, but I hope this exposure helps focus attention on the farms, workers, business people, and components of the supply chain needed to make this sector regenerative. Yes we can! partner with nature to feed the world. 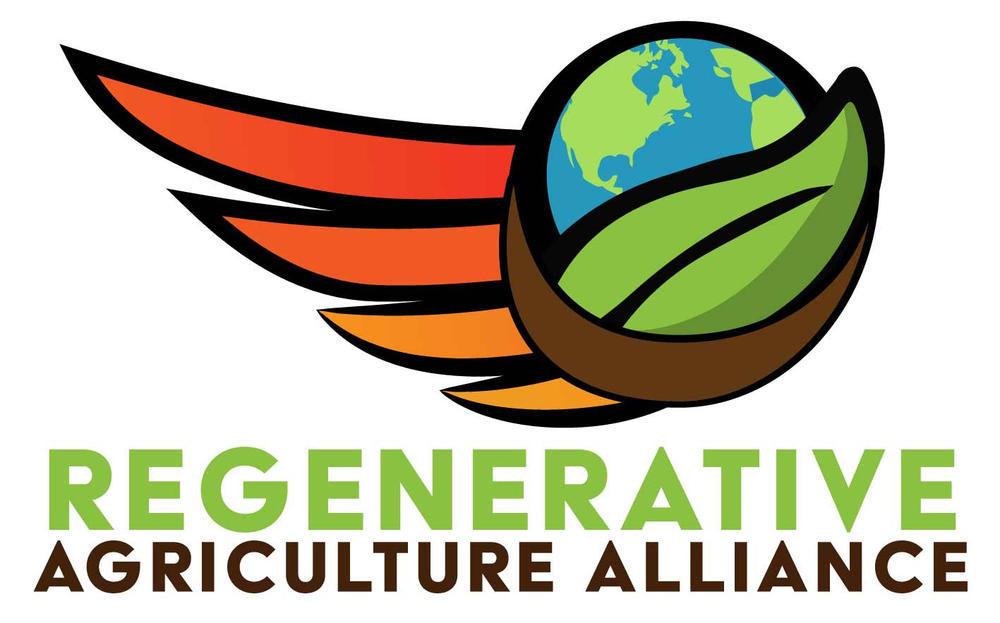